EYSINS, SWITZERLAND, 19thDecember – The printing market in general is characterized by constant changes and Halberstädter Druckhaus is no exception. In spring 2014 the company unlocked potential business by making the shift from offset plates with traditional chemistry processing to the KODAK SONORAXP Process Free Plate .
"The global environmental aspect was one reason. The other was the concern for the health of our staff. Wherever we can, we try to use production processes that reduce the environmental impact and limit our employees' contact with chemicals. That's why we've been printing without alcohol for several years now," says Horst Wischalla, Managing Director and sole partner of Halberstädter Druckhaus GmbH, on the motives for this switch.

Diversity as a business model

Halberstädter, which has 25 people on the payroll, is based in the town of Halberstadt – from which it derives its name – in Saxony-Anhalt, roughly half-way between Hannover and Leipzig. A typical commercial printer, Halberstädter Druckhaus offers a very broad portfolio of offset and digital printing services. Business cards, brochures, sales literature, magazines, calendars, posters and books are the mainstays of its product range. Apart from end-to-end production of perfect bound and saddle stitched brochures, Halberstädter specializes in folders featuring various finishing techniques such as varnishing or lamination with matte or glossy film.
The majority of their offset products are printed on two sheetfed presses in 50 x 70 cm or B2 format, namely one eight-color press with sheet turning that was commissioned in 2011 and one four-color machine with an additional coating unit. The presses generally work in two shifts, though at particularly busy times they keep going 24/7 in three shifts.In their prepress department two KODAK MAGNUS Q400 Platesetters , with KODAK SQUAREspot Imaging Technology, were installed to keep up with seasonal fluctuations but also to act as each other’s backup. Output data is supplied via KODAK PRINERGY Workflow to keep both systems running at their respective speeds. One unit achieves an approximate 30 plates per hour (F-speed) while the X-speed companion runs at a flat rate of 35 plates per hour.

New plate technology is a structural change for the better

What makes the KODAK SONORAXP Plate such an attractive option for Halberstädter is that wet chemistry processing is now a thing of the past and the consumption of chemistry, water and power is respectively lower. The malfunctions and variations that are inevitable with conventional plate processing have been successfully eliminated, as have the waste and remakes they frequently necessitated. What's more, the plates are ready for printing faster.
Wischalla commented: "We've been using Kodak CTP technology and thermal plates ever since our firstMAGNUSplatesetter started production in 2008. We'd been keeping a close watch on how process-free techniques were developing over the years, and at one stage we undertook a trial phase with an earlier plate generation. When Kodak launched theSONORAXP Plate on to the market, we believed that with its extended run length and improved coating contrast it sounded like an attractive proposition for us."
No major changes were required in the prepress and pressroom prior to switching to the process-free plate. It was still possible to use the same inks, fountain solution, and press chemicals in the sheetfed offset presses. The printers simply have to adjust the ink and water balance a little more sensitively.
"The changeover was completed without a hitch. We managed to get our staff on board, and the support we received from Kodak was excellent,” Wischalla adds.

TheSONORAXP Plate lives up to the commercial printer's quality and performance expectations in every respect. Ninety-five percent of all jobs are printed with a 200 lpi AM screen, with a printable tonal range on the plate from 1 to 99 percent. And as far as the run length is concerned, although the plate's nominal maximum 100,000 impressions are occasionally reached, the figure for most jobs is somewhere between 500 and 10,000 prints.

The desire to move away from using chemistry in the platemaking process has been optimally fulfilled thanks to theKODAK SONORAXP Plate. At the same time, around 2000 liters of plate developer and 10,000 liters of water are saved annually. Added to this is a non-quantified saving in electricity and manpower costs for cleaning the processor. The fact that the printer sold the latter shortly after switching to theSONORAXP Plate is an unmistakable sign that there is no plan to move back to traditional chemistry processing. 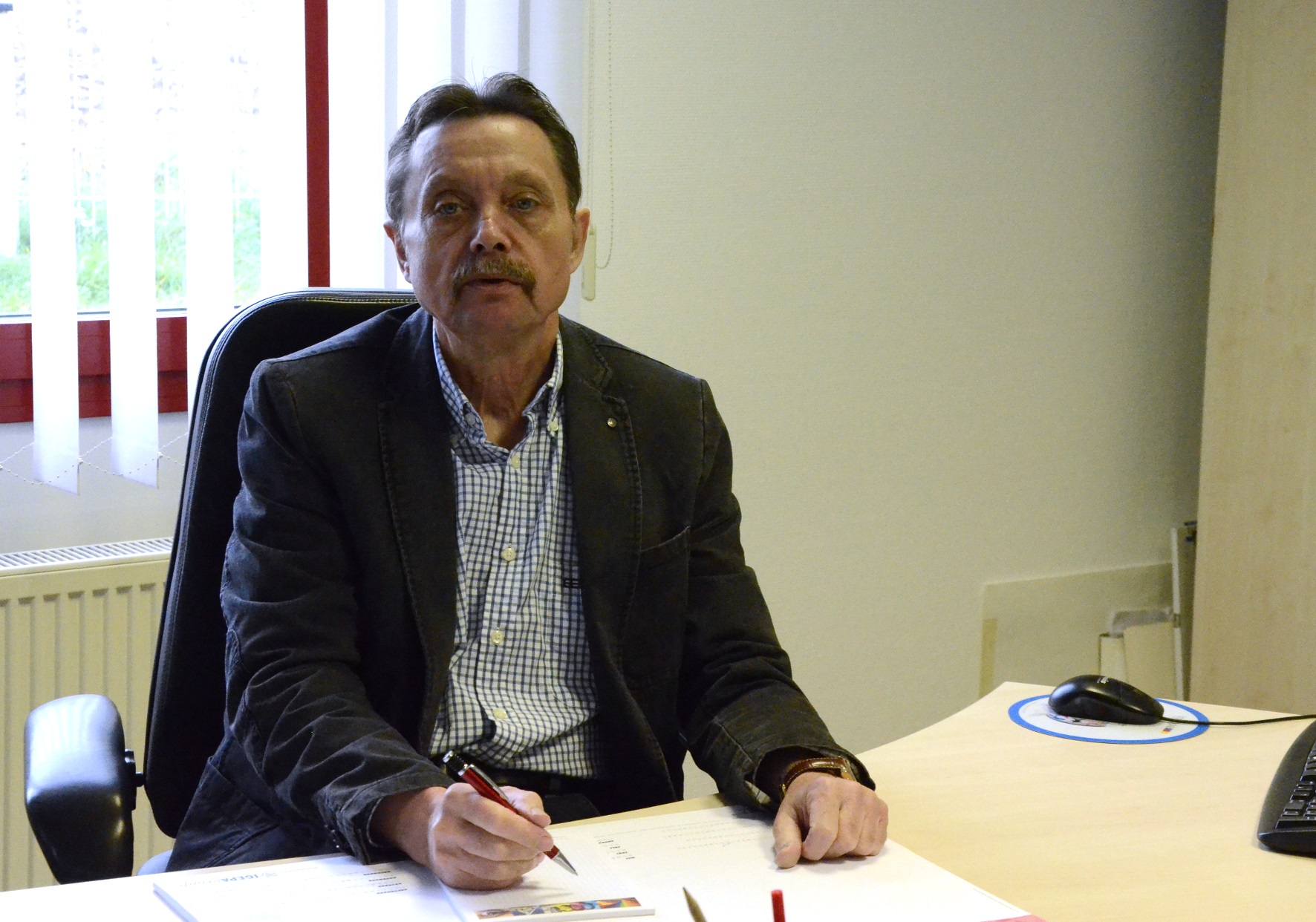 Printer Mathias Bach with an imagedSONORAXP Plate on one of the two sheetfed offset presses. 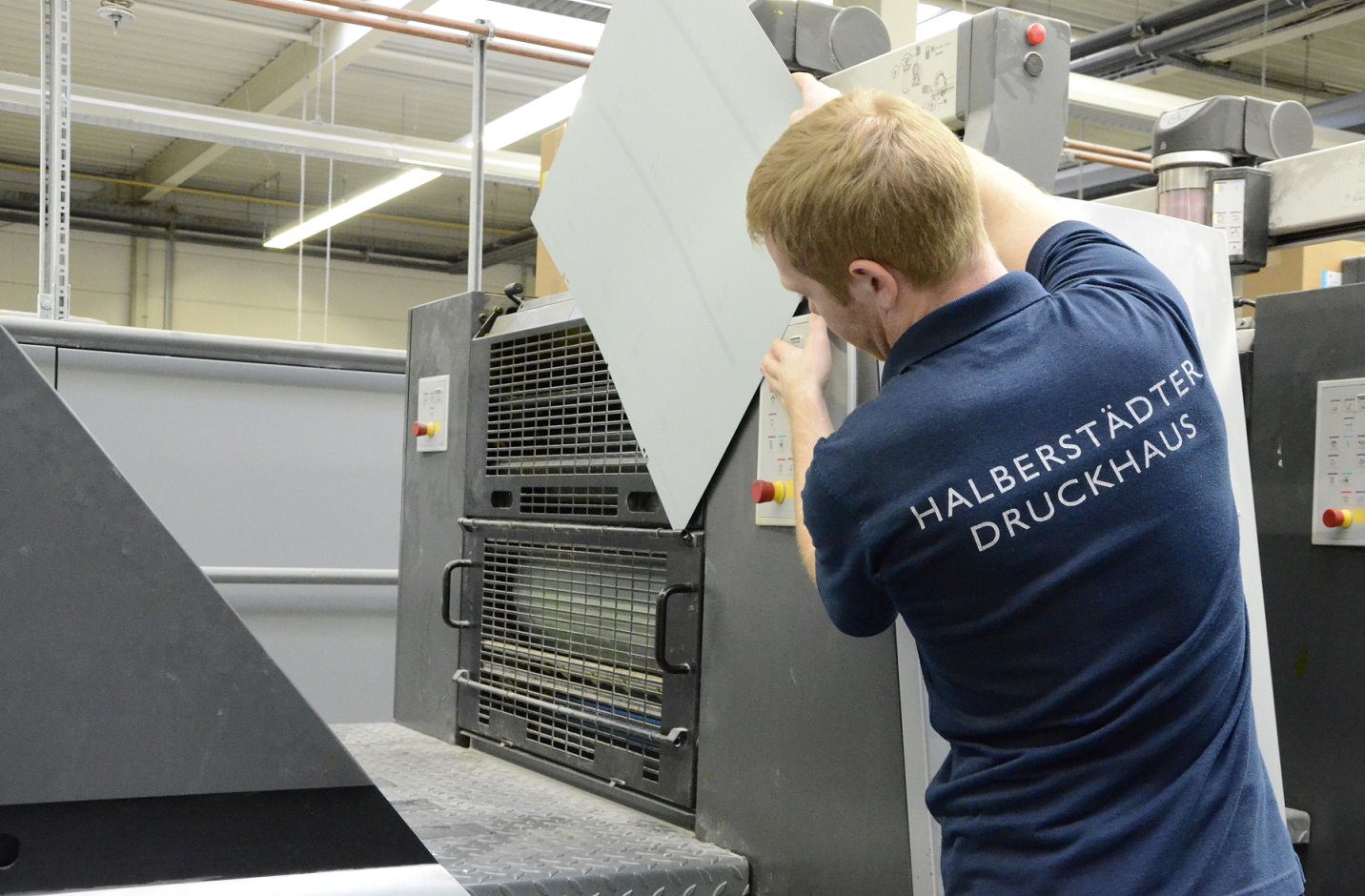